The American Revolution is the most important event in our history. It infused into our culture all of our most important values and noblest aspirations. The Civil War clarified those issues left unresolved from the 1780’s and defined who we are as one nation, as opposed to a collection a states. The Founding Father’s in their wisdom demonstrated more courage and conviction in separating from Great Britain. The ideals that compelled them and future generations to be a free and sovereign nation is something we should never take lightly.

They risked everything for what was then believed as a great experiment. Today, regardless of the differences and the many factions within this country due to a polarizing political situation, we are still ONE nation who, when tested, comes together when our liberty is threatened.
Fly your flags high on the 4th and give thanks that you live in a country that has fed and clothed more people in the world than all other nations combined. The United States is the promised land with a people held together by a piece of ancient parchment that resides in a display case in Washington DC. To me this is the miracle of the covenant we share with our Founding Fathers. They gave all they had for liberty and we must be as vigilant as they were, as enlightened as they were, and as devoted as they were to freedom for the people who live in this great land.
The Constitution lives because of us. It is an elastic bond that has weathered decades of change and continues to serve as the most important document created by a noble and enlightened group of brave men who knew what they were embarking on what some would consider treasonous, yet they created words that have kept our republic strong and underneath the noise of political discourse we are one nation to this very day. To protect the minority from the majority was one of their noble goals and we must never forget that this is why the first 10 amendments are there to protect the people, their freedom, and their rights. And while we have no national religion, we have a Constitution which to me is our own national Bible as it applies to the people and the duly elected government whose obligation is to protect and serve the people. And when the people in some states or commonwealths have an issue with the national government, there is a method to resolve issues and it works to this day.
We share in a covenant with the Founding Father’s, they live in us, in our ambitions, our hopes and our desire to continue the bright light light Liberty for all in our nation. That light has changed the course of lives around the world where once dictators and monarchs once ruled until the dream of liberty became a reality for the people of those nations who, like us, knew they had God given rights that came from a document that changed us and the world forever.
The freedom we enjoy comes at a high price, it did at Lexington and Concord and still does to this very day within our borders and in far off place where our troops and allies are deployed to take our terrorist who threaten too many who do yearn for liberty.
When a 21 year old man who served under General Washington and served as Captain of a small militia but was captured in New York by the British and convicted as a spy, he suffered death by hanging where a Gap Store now stands on 66th Street and 3rd Avenue in New York.
His words, words you might recall from when they used to teach us history, have always remained with. “I am so satisfied with the cause in which I have engaged that my only regret is that I have not more lives than one to offer in its service”, the last words of Nathaniel Hale age 21. He was so young yet so wise and enlightened as we all should be.
Nathaniel Hale lives in the lives of the men and women who wear the uniform of our country, our law enforcement and first responders who continue to place their lives on the line every single day here and abroad. Captain Hale also lives in us who love our country, who need not wear a uniform, but who respects the ideals of liberty and justice for all men, women, and children.
God Bless The United States of America.

Editor’s Note: Col Scott Ables is not only an American Patriot and prolific writer, he is the Nephew of Bing Crosby and well; known nationally as entertainer “Johnny Holiday” who also sings and puts together special shows at the Cicada Club in down town Los Angeles.

No Responses to “The American Revolution” 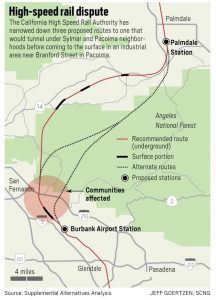 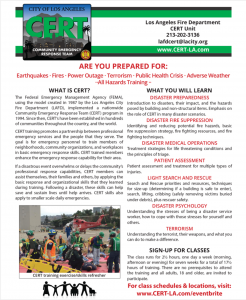